Some of these biking statistics we’ve prepared will give you an idea of just how popular bicycles are in this day and age. Here’s a spoiler — there are around 1 billion bikes in the world today.

Sounds unbelievable, doesn’t it? The truth is, as soon as they appeared on the market in the 1860s, bicycles became an important mode of transport. Not only do they offer plenty of health benefits, but they also protect the environment. If you want to know all about cycling, read on!

1. Cycling can burn around 300 calories per hour.

If this first piece of info doesn’t inspire you to get on a bike, don’t worry. To woo you into giving it a shot, we’ve made sure to gather plenty more health-related cycling facts.

Research shows that burning 2,000 calories a week is enough to keep your body healthy and fit. By doing some math, we come to the conclusion that biking for an hour and a half five days a week will get you there. Plus, you’ll be enjoying the fresh air rather than being stuck in a smelly gym.

If the previous fact didn’t inspire you to go cycling, then the next few biking facts about saving money surely will.

Between the gas, maintenance, and parking, you’re likely spending a small fortune. According to the American Automobile Association, driving a small Sedan can cost you as much as $6,777 a year.

Meanwhile, biking requires no parking fees, no expensive repairs, and no weekly trips to the gas station. Hopefully, these cycling stats are enough to make you reconsider your mode of transport.

3. A small increase in cycling can save as much as 700 million to 1.6 billion gallons of fuel a year.

Clearly, you can’t do it all on your own, but you can contribute to the change.

4. Regular cycling can reduce mortality by up to 10%.

Bicycle statistics show that biking protects your health in many ways. For one, bikers breathe in far less air pollution than motorists or even taxi and bus passengers. Additionally, a study in Finland found that biking for 30 minutes a day is enough to lower your chance of getting diabetes by up to 40%.

Overall, adults who ride a bike on a regular basis suffer from fewer age-related problems as they grow older. That being said, plenty of stats prove that cycling is helpful regardless of a person’s age

Meanwhile, only four out of ten Danes own a car. There are plenty of other numbers that speak to Danes’ love of cycling.

For example, in Denmark’s capital, biking accounts for 26% of all trips under 5 kilometers (~3 miles) long. In a single day, people in Copenhagen make the equivalent of 35 trips around the globe with their bikes.

Unsurprisingly, Biking statistics show Danes are experiencing some health benefits. Research has shown that for every 1,200 kilometers (~745 miles) cycled, the number of sick days in Denmark lowers by one.

In 2018, the Netherlands had an astounding 6 million more bicycles than people. The 17-million-large population owned 23 million bikes, making it the country with the highest bike-per-resident ratio.

Bike facts show that the Netherlands is also progressing when it comes to the bike-friendliness of its cities. Two Dutch cities found their place on the list of 20 bike-friendliest cities in the world for 2019. Amsterdam and Utrecht earned the second and third position, respectively.

When it comes to bike-friendly cities, the capital of Japan, Tokyo, ranks high regularly. In fact, Japan might be going through a biking boom.

In 2019, the Japanese bought more bikes than their country produced. According to cycling statistics, more than six million bicycles were imported during the same year to cover the growing interest.

And in 2020, thanks to the pandemic, that interest has grown further. One large bicycle shop in Japan noticed that it had 20% more daily signups in the first half of April than in the entire month of March. It looks like Tokyo may become even more bike-friendly in the months to come.

8. In Great Britain, cycling accounted for only 1% of the overall traffic in 2018.

While cycling is blossoming in Denmark, Netherlands, and Japan, the biking vs. driving facts clearly show that Britons haven’t got the memo. In fact, it would be an understatement to say they prefer motor vehicles.

Cars and taxis are far more popular than bikes, accounting for 77% of the country’s traffic in 2018. But despite these gloomy numbers, there’s a silver lining. In the same year, Britons cycled 33.3 billion miles. When we compare that distance with the one they cycled 20 years prior, we get a 32% improvement. Let’s hope the trend continues!

New York City is giving cycling some serious love. Compared to 15 years ago, the number of daily trips in this city is three times bigger.

Nowadays, New Yorkers make over half a million trips a day. Between 2013 and 2018, the amount of cycling in NYC has grown by an incredible 35%. As a point of reference, peer cities have seen only half of that growth.

10. According to bicycle statistics by state, Washington has 17 bicycle-friendly communities.

According to the League of American Bicyclists, Washington is the US’ most bike-friendly state. With 40 bicycle-friendly businesses, it’s no wonder it’s held onto this title ever since 2008.

11. The cycling industry in Wisconsin accounts for 3,420 jobs and generates a revenue of $556 million.

For example, North Carolina forests are the most popular biking locations when it comes to mountain biking. The most popular ones are Nantahala and Pisgah National Forests. Bikers spend $30.2 million annually in these two places. Another exception to the general rule (though not mountain biking related) has to do with Northwest Arkansas. Every year, biking generates $137 million in that state.

12. Cyclists account for approximately 4% of fatal road injuries across the globe.

You may have heard that the number of cycling-related injuries in the US has been declining lately. Technically, that’s true. Between 2009 and 2018, the number of preventable, non-fatal injuries was 44% lower.

However, while fewer of them are getting injured, more are losing lives. When it comes to the US, biking stats suggest that the number of cycling-related deaths has actually jumped 30% between 2009 and 2018.

According to estimates, these 55,000 injuries represent just 10% of all cycling accidents that occur in the US. Usually, only severe injuries are reported. Cyclists aren’t likely to go to the police due to a scratch or a skewed wheel. Were we to add all those smaller incidences as well, who knows what these bicycle accidents statistics would say.

During that same period, the city of Cape Coral (Florida) alone reported 1,333 annual bike fatalities per 100,000 commuters. What is somewhat surprising, though, is where most fatalities happened — 60% of them occurred not on intersections but on open roads.

When we talk about bicycle safety statistics, we can’t help but mention this worrying number. Around 16% of biking fatalities in these three states wore a helmet at the time of the accident.

15. Wearing a helmet while cycling lowers the risk of head and brain injuries by at least 65%.

In some cases, this number even reaches 88%. While that’s still not 100%, it makes quite a difference, as biking accident statistics clearly show.

In a crush accident, a helmet could help your skull resist forces of up to 470 pounds. Now imagine that kind of force coming into contact with your head while there’s no protection. It becomes quite obvious why wearing a helmet can be the difference between life and death.

As much as three-quarters of biking fatalities suffer head injuries, according to biking accidents statistics. That’s what makes helmets so important, and why every cyclist should wear one at all times.

As we already briefly mentioned, men make up the majority of the cycling population in the US. Therefore, it’s not a surprise they’re the ones enduring a lot more injuries while cycling. Cycling demographics in the US show that in 2018, 39,000 male and 10,000 female cyclists suffered documented injuries.

You’d think that male cyclists are probably more impulsive and less careful on the roads. However, the main reason for these numbers is that, worldwide, the percentage of men who cycle is far bigger than the number of women.

In the first decade of the 21st century, the number of female cyclists declined by 13%. When it comes to accidents involving female bicyclists, 15-20 year old girls are most vulnerable.

Ride, Ride, Ride Your Bike Gently Down the Street

Biking health statistics prove that cycling is incredibly healthy and can help you live longer. While you’re at it, you’ll also be saving money and protecting the environment. The biggest downside is that you’re more exposed in case of an accident with a motor vehicle. However, helmets offer a lot of protection in such situations, so we’re strongly advising you to always have one on.

The bottom line is — be responsible, cycle in moderation, and enjoy all the benefits cycling has to offer. If you’ve read these statistics carefully, you know just how many benefits there are.

Approximately how many bicycles are there in the world?

There are approximately 1 billion bikes in the world. And if you know that there are 1.5 billion cars worldwide, you start realizing just how popular bicycles are.

When it comes to the US, the total number of bicycles back in 2017 stood at 47.5 million. That number seems to be relatively steady. In 2019, the number of participants (aged 6+) on paved roads was around 39.39 million.

In what country is cycling the most popular?

It’s hard to pick just one country. The best answer would be — Denmark and the Netherlands seem to be tied.

The bottom line is, if you’re a cycling enthusiast, whichever of these two countries you decide to visit, you won’t regret it.

Why is cycling bad for you?

If you do it in moderation, it’s not. However, too much of anything can harm you.

That’s especially true if you have heart problems. Any sort of atypical heart rhythm can worsen if you’re pushing yourself too hard. Since cycling requires making repetitive motions, your knees and hips may also suffer. However, that will only happen if you overuse them.

Finally, pay attention to your posture. When cycling, you’re probably rounding your back. To prevent any injuries or a bad posture, make sure you add some back exercises to your daily routine.

Is it safe to bike every day?

Biking every day for a mile or two shouldn’t harm you physically. But as with anything else, if you do it too much, it can have some negative effects. For example, biking 10 miles day after day will certainly have its effect on your muscles. And depending on your health, it may even affect your heart negatively. Likewise, feeling the pressure to do something every single day, no matter how much you like it, can affect your psychological well being. But bike in moderation, check in with your doctor, and according to biking statistics, you’ll be safe.

The Globe and Mail 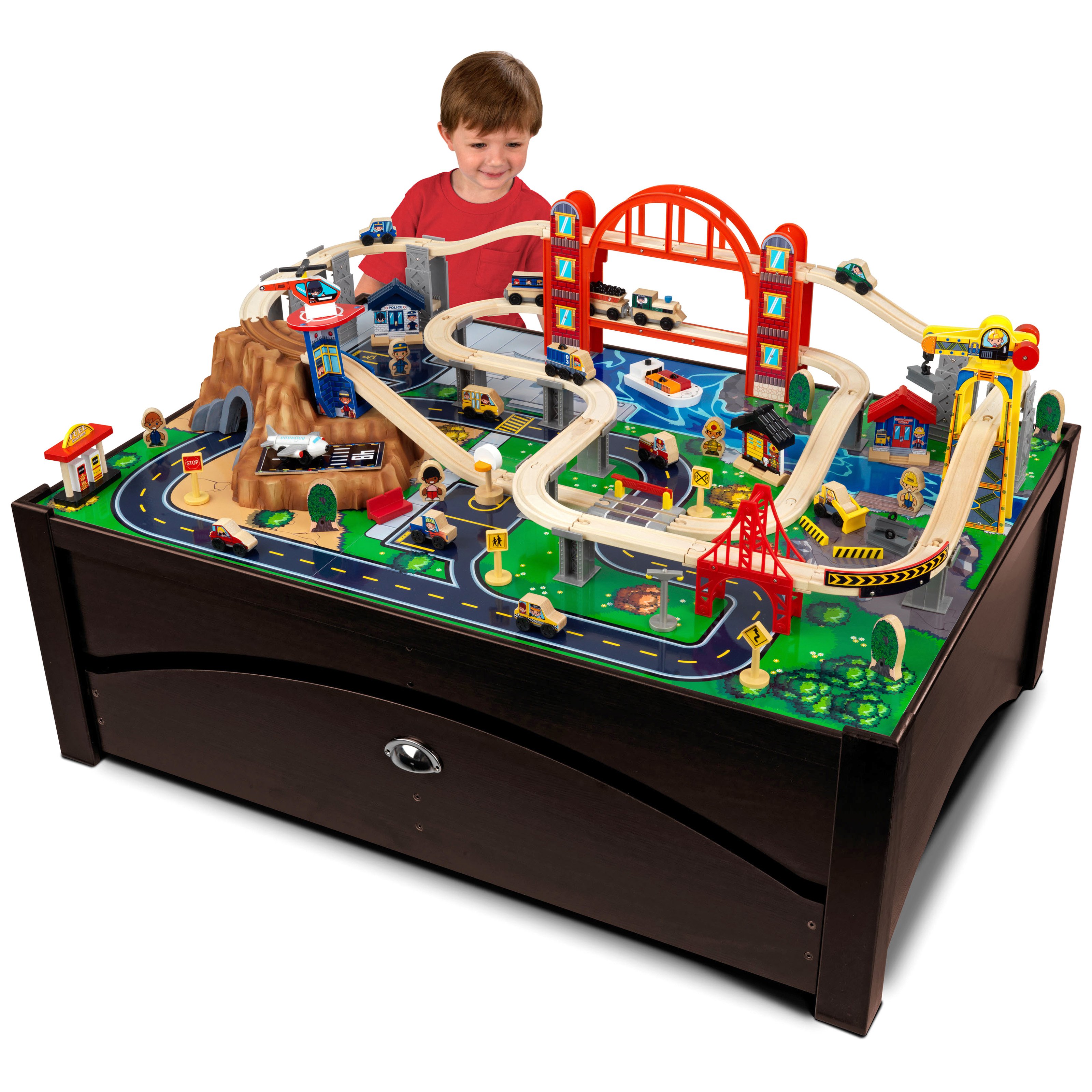 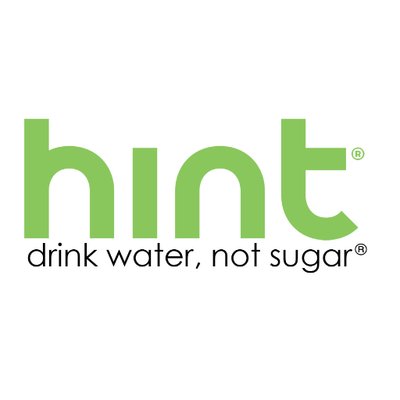