The Amazon statistics we’ve prepared will tell you everything you’ve ever wanted to know about Amazon.

The Seattle-based company was founded in 1994 by Jeff Bezos and quickly became an ecommerce force. Over the years, the company added cloud computing, digital streaming, and even artificial intelligence to its list of offers. If you think that’s mind-blowing, stick around because it’s only the beginning.

Whether you want to find out more about the company’s sales, users, or individual products, these statistics are sure to get your attention.

This number sounds insane enough on its own, but what do statistics for 2019 say? Is the company doing better this year? That’s a resounding, “yes!” Compared to Q1 2019, the brand saw year-over-year growth of 26.39%. It’s obvious that the pandemic helped Amazon thrive.

According to Amazon company facts, the majority of this revenue came from online retail product sales.That’s not really a surprise, but it’s not the only way the company makes money, either. Amazon also made a lot of money through third-party retail sellers and retail subscription services.

Since Amazon started out as an online marketplace for books, it’s no surprise Kindle is among its biggest hits. Thanks to its convenience, it remains the most popular e-reader in the world year after year. In fact, if we take a closer look at Amazon book sales statistics, we see that Kindle sales were up 14% in 2019.

3. Amazon was responsible for 10% of total global ecommerce sales in 2018.

This could make you think that Amazon had more online sales than any of its competitors. Yet, that’s not the case, as Alibaba has dominated the ecommerce market for years. Thanks to its property Taobao, it amounted to 16% of the global ecommerce market share in 2017. There are no numbers for 2019, but it’s hard to imagine Amazon wouldn’t be boasting if it had managed to beat its greatest competitor.

In 2018, the brand’s market share of US ecommerce reached 49%. That means Amazon’s top three competitors — eBay, Walmart, and Apple — had less market share combined. The company was huge even in terms of retail in general.

During the same year, the brand accounted for 5% of all retail earnings across the country. The leading experts assumed the company’s US market share would remain stable. However, that changed after Jeff Bezos made it public that third-party sellers were selling more than Amazon itself.

There are a lot of places Amazon makes money from. Between Amazon Prime, Amazon Echo, third-party sellers, and much more, it’s no wonder Jeff Bezos’ net worth recently jumped $13 billion in just 24 hours.

But could you have guessed the Home & Kitchen category was so popular? In fact, as many as 60% of Amazon’s best sellers focus on this category. When we contrast that to Amazon search trends continuously putting digital products on top, this statistic is really somewhat surprising.

It’s no secret that North America is Amazon’s largest and most lucrative market. The Seattle-based company reported a 29% increase in sales during Q1 2020, compared to the same quarter of 2019.

In total, the company raked $46.1 billion in the US in Q1 2020. And yet, despite such progress in the US, the brand’s global growth isn’t as big. Amazon statistics show that the company’s global sales were 18% higher in Q1 2020 than in the same quarter of 2019. Even though that’s still quite the growth, it’s clear that Amazon’s biggest market by far is the US, and it has to work much harder to compete in other parts of the world.

Third-party sellers reaching such heights is all but surprising, given the constant growth this group has been witnessing. Amazon seller statistics show that just ten years ago, they accounted only for 34% of the company’s total sales. Since then, third-party sales have been growing steadily.

In 2019, there were 2.5 million active sellers on Amazon. We can only assume that the trend will continue in the coming years.

Third-party sellers or not, Amazon is still doing amazingly well. The brand’s revenue at the end of 2019 stood at $280,522 billion. According to Amazon statistics 2018, that marks a 20% jump in sales compared to a year prior, when its revenue was $232.9 billion.

The statistics so far could make this seem like a huge success. It absolutely is, but it’s not exactly a surprise. The company’s pretty used to growth at this point. Back in 2017, the brand’s revenue stood at “only” $177,866 billion. That goes to show that Amazon has been witnessing a steady growth year after year.

Amazon facts 2019 show that its biggest European market lies in Germany. In fact, the second-largest market is $5 million in total net sales behind. That second place belongs to the UK, a market that hasn’t quite caught up with Germany, but one which shouldn’t be neglected.

The company making $17 billion from buyers and subscribers in the United Kingdom is still pretty impressive, but there’s more to it. These figures become even more mind-blowing when you realize that only ten years ago, Amazon’s sales in the UK were bringing in only $4 billion a year.

More than half of those jobs are located in the US. Every minute, SMBs in the US sell around 4,000 items.

With such incredible results, it’s only a matter of time before the number of jobs Amazon created hits 2 million.

The number of employees at Amazon changes with every holiday season. To meet increased demands, during the 2019 holiday season, Amazon employed an extra 200,000 people. Most of them worked on receiving and stocking deliveries.

When we look at these Amazon employee demographics, it becomes clear one of Amazon’s core company values is equality. The company recognizes, however, that there are still areas in which it needs to do better.

Only 27.5% of women hold managerial positions, compared to 72.5% of men. What’s more, in 2019, minorities made 99.1 cents for every dollar white employees made doing the same job.

Similarly, women made 99.3 cents for every dollar men made. Though that’s still much better than the average, overall Amazon.com facts show there’s still a lot of room for improvement. Regardless, it’s clear that Amazon is trying hard to bridge the gender gap.

In just one month, 150 million people used Amazon’s app. The company’s monthly mobile audience is almost twice as big as Walmart’s. With 76.45 million users, Walmart is nowhere near the ecommerce giant.

And it’s not just the app, either. The brand’s domination extends to the website as well. When you know that Amazon gets an astounding 105.6 million monthly visits, it becomes clear just how huge it is.

14. According to Amazon customer demographics, users between 25 and 34 years of age account for 26.48% of company sales.

When it comes to the level of its users’ education, demographics show that more than half of users (54.1%) have a college degree.

The company isn’t lying when it claims Amazon’s best products are also affordable. Those who live in households earning under $25,000 per year make up for 26.22% of the total sales.

Additionally, Amazon’s target market demographics show that men are more likely to make a purchase. While 55.57% of Amazon’s buyers identify as men, only 37.80% identify as women.

15. There are 103 million members of the Amazon Prime program in the US alone.

Though the program is certainly most popular in the US, there are quite a few users in the rest of the world. In fact, there are 150 million Amazon Prime members worldwide. As expected, there’s a gender gap when it comes to users, but not as big as you’d expect.

Not surprisingly, Amazon Prime statistics show that 20-29 year olds are most likely to subscribe. While 82% of customers in their twenties have Amazon Prime membership, 69% of seniors (aged 70-79) do, too.

What’s more, a fifth of all subscribers reported they shop on Amazon a couple of times per week. As many as 7% of customers with Prime memberships admit to shopping almost every day. Given how convenient it is, this is anything but surprising.

Amazon Echo demographics make it obvious that this product was created with a younger audience in mind.

If you take a close look at Amazon Echo numbers, you’ll see that only 10% of Americans between 55 and 64 years of age own this product. And while that number makes sense, there is one other we were expecting to be a bit higher regardless of age group. Namely, only 2% of those who own Amazon Echo have purchased a product via Alexa, even though it simplifies the process.

Nintendo Switch was also the most popular Amazon search term in 2019. It received over 129 million searches worldwide. So far, in 2020, in the US, the second and third most popular searches were “laptop” and “airpods.” Globally, the second place also went to “laptop,” while the third place belongs to “SSD.”

According to Amazon stats, search trends haven’t been kind to older Apple products.

This specific iPhone wasn’t the only one whose search results worsened. “iPhone 8 Max case” and “iPhone 7 Max phone cases” suffered the same fate. Search trends for “bluetooth headphones” have been on a downward spiral for a while now.

What’s more, “wireless headphones” weren’t as popular in 2019, either. With everyone looking for “airpods” and “wireless earbuds,” it’s no wonder.

19. LED lights searches increased by over four million in 2019.

Here’s yet another interesting fact about Amazon. This number might sound surprising, but we have to admit it actually makes sense. There are enough varieties of LED lights in the Amazon store to make your head spin.

Another term that drew plenty of interest in 2019 was “Unicorn party supplies,” with 37 million searches. It seems like last year people were throwing unicorn-themed parties left and right!

Alexa, How Much is Too Much?

Plenty of people believe that Amazon has grown too strong.

If you’ve read all these Amazon stats carefully, you may be one of them. Jeff Bezos’ net worth recently jumped $13 billion in just one day. These kinds of numbers are hard even to imagine.

However, we can’t deny that Amazon offers affordable products and services and that it’s created plenty of jobs around the globe. Furthermore, the company is dedicated to gender and race equality. Although Alibaba still leads the global ecommerce market, Amazon’s sales have never been better. Love it or hate it, one thing is for sure — Amazon isn’t going anywhere.

How many customers does Amazon have?

Finding out the answer to this question isn’t easy since the company doesn’t really report the exact number of users. And how could it? Between its ecommerce business and streaming services, it’s hard to count.

What we do know is that back in 2017, 300 million people were registered on Amazon.com. Since company sales steadily grew year-on-year, that number is bound to be even higher in 2020.

How many people shop on Amazon?

Speaking of difficult answers, here’s another one. This time, it isn’t about the overall users, but shoppers alone. Though we can’t say how many shoppers there are exactly, we do know that approximately 150 million people use its app every single month.

On top of that, the brand’s website has roughly 105 million monthly visits. It would be difficult to separate which shoppers use both and get to a single number based on that, but these numbers are nonetheless impressive.

How many sellers are on Amazon?

According to Marketplace Pulse, in June 2020, there were 8.6 million sellers on the Amazon Marketplace. This number grows by roughly 110,000 new users each month. Following up on that math, we can conclude that around 635,000 new sellers joined the ranks this year. However, there’s a catch: not all of those 8.6 million are currently active. In fact, only 2.2 million are.

How many people use Amazon a day?

Those are some quite mind-blowing numbers, and one thing’s safe to say: Amazon statistics don’t get much better than this. 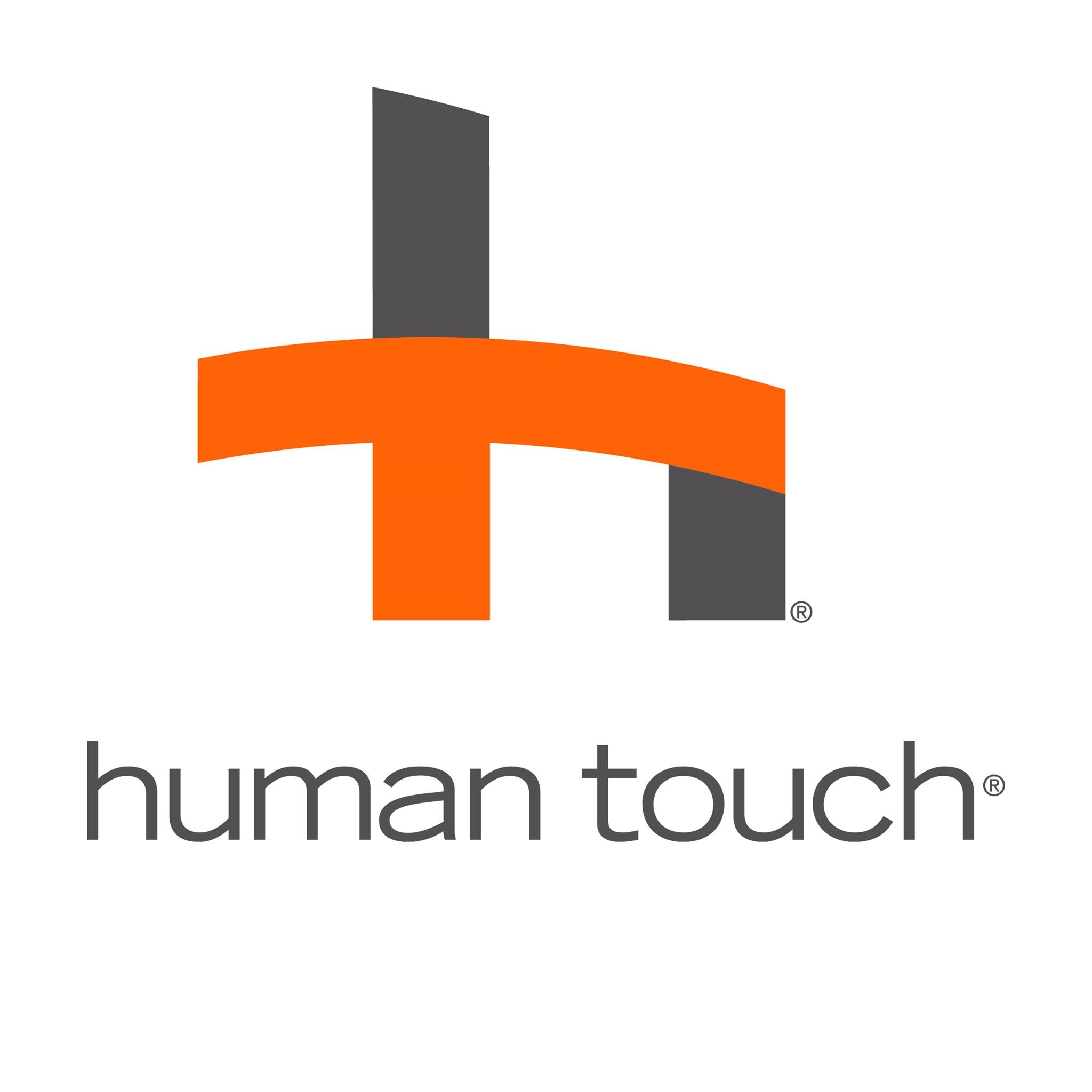 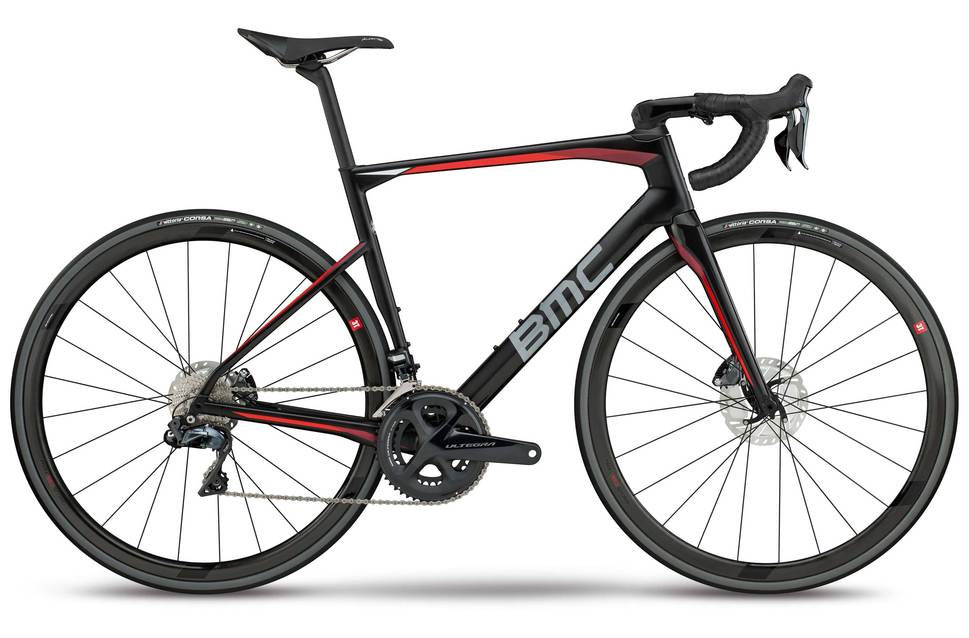