A mobile WiFi hotspot is a very useful tool to have on a long trip, or anywhere without steady Internet access. 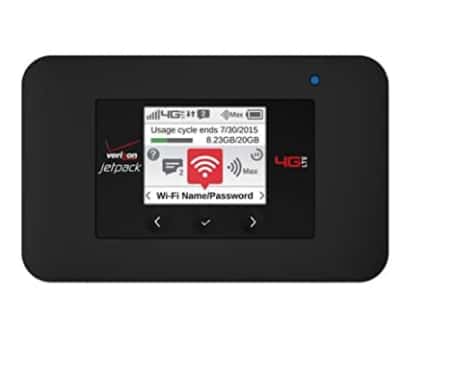 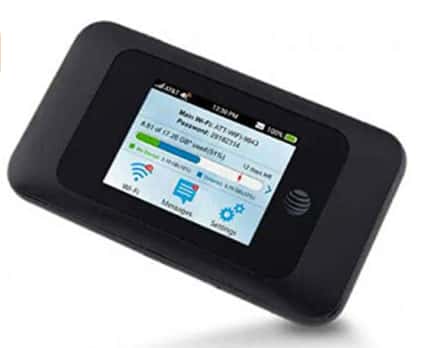 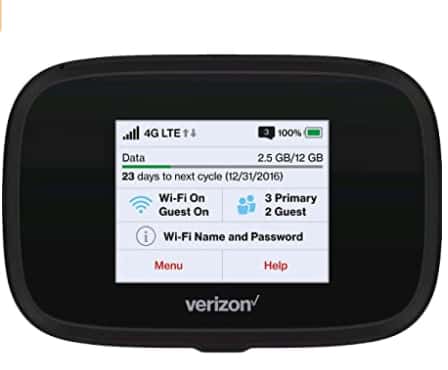 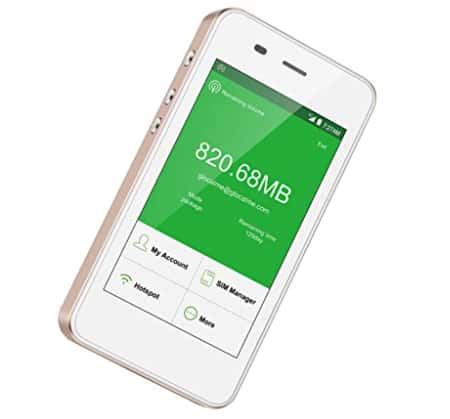 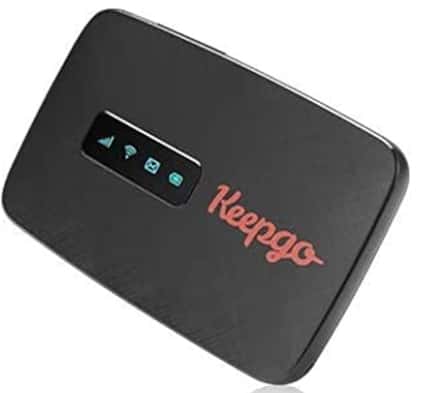 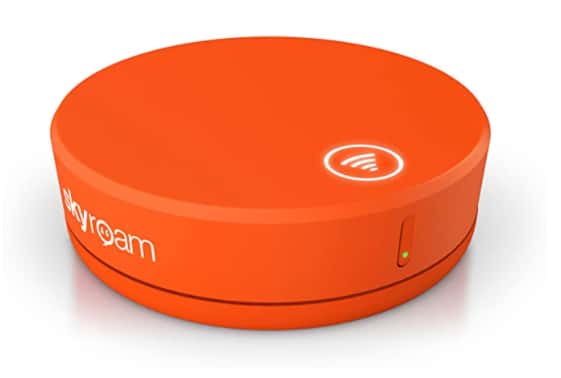 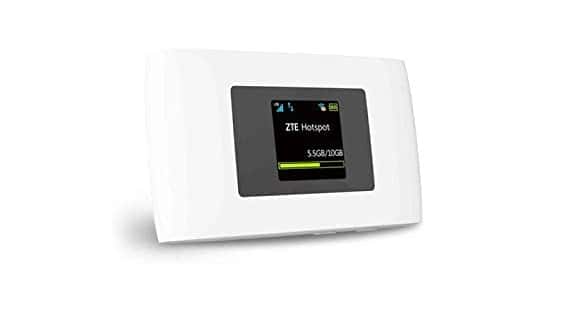 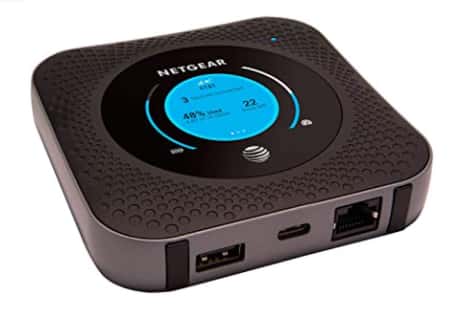 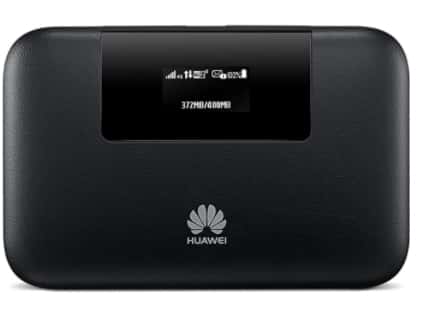 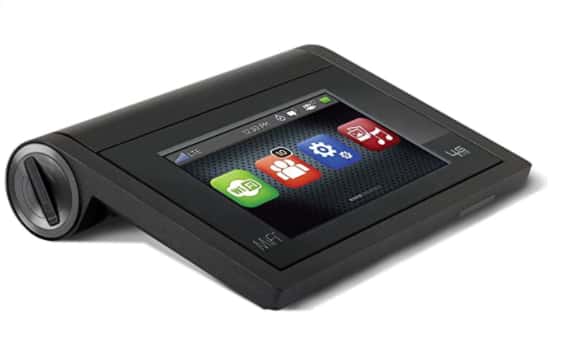 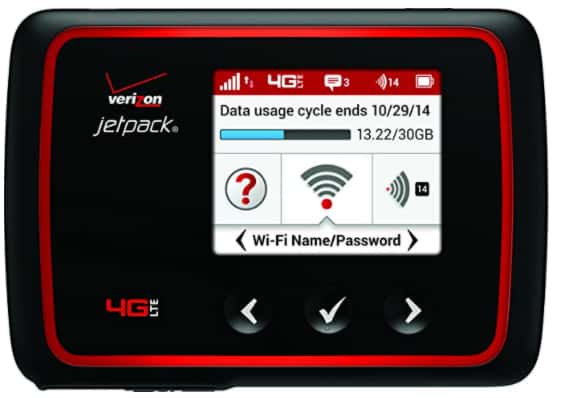 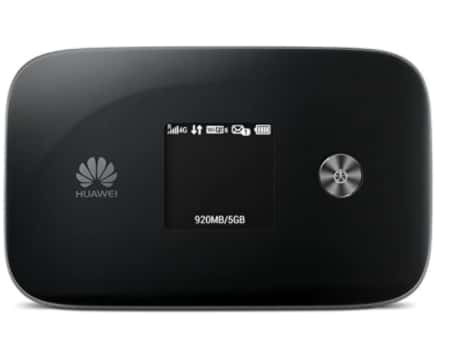 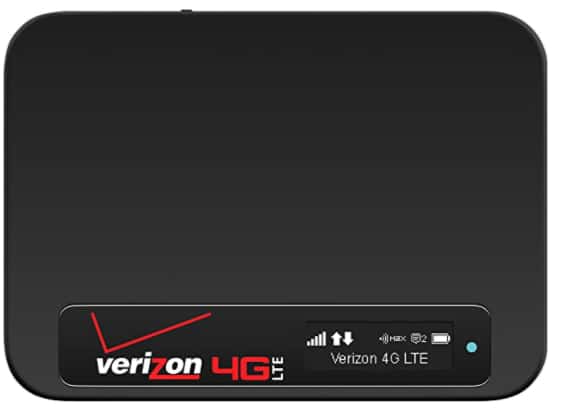 How to determine which is the best portable WiFi hotspot for you?

When choosing the best hotspot, there are certain criteria that you need to pay attention to. The below paragraphs will cover the most prominent ones to help you make the right choice.

1. Locked or unlocked? Many hotspot manufacturers still use the rather unethical tactic of locking their devices to accept SIM cards only from certain providers. This is usually due to an agreement between the manufacturer and certain ISPs, or in some cases, the ISP is the manufacturer and forces you to use their services. Avoid these unless you have no other option, and you’ll save yourself a lot of grief later on.

2. Internet speed. The faster your connection is – the better. Best WiFi portable hotspot models nowadays include 4G speed, but if you’re just using the hotspot to answer emails and check your social media feed, you shouldn’t let Internet speed be too much of a factor. As long as the hotspot can do a 3G, you’re all set for pretty much any basic Internet use.

3. Battery life. Good WiFi hotspots have a pretty impressive battery life nowadays, and some can even withstand up to 20 hours of continuous Internet streaming. This is an important factor if you’re going to be on the move a lot and have nowhere to charge your device, so make sure that you pay attention to it.

4. The number of connected devices. This is probably the most variable factor; the best mobile WiFi hotspot devices allow as many as ten connections at the same time, others allow only five or less. If you mostly travel alone, you don’t need to pay this one much thought. If you’re going on vacation with a family of five and everyone has their own mobile device, it might be a good idea to get a hotspot that allows many connections.

5. Extras. Many hotspots come with useful additional features. Certain ones include a built-in power bank that you can use as a portable charger for your mobile device; others have Ethernet ports that you can use for wired connections if your computer doesn’t have a WiFi receiver. Finally, an alternative to a hotspot device would be to use a free portable WiFi hotspot app, but these have proven to be rather unreliable and don’t provide you with satisfactory speed.

6. Price. Prices for hotspots vary from $30 to as much as $1,000. In addition, the price can vary since you’ll be able to apply Groupon discounts, for instance. The more expensive ones won’t necessarily be better, they might simply have additional features that you might not require. Another factor you need to take into consideration is the data plan, as there are nearly no flat rates available. Even the best mobile hotspot providers are not that likely to set you up with an unlimited plan, rather they charge by the data, and the prices vary extremely. Take all of the factors mentioned above into consideration when looking at the price, decide what you need and what you don’t need. That is the best way to figure out what the best portable hotspot is for the amount that you’re willing to spend.

A mobile hotspot is a really useful tool that can come in handy in many situations, particularly when traveling but also when you don’t have access to a stable Internet connection. The best portable WiFi hotspot should be fast, not locked to a single Internet service provider, and with a high-quality battery that can hold its charge for as long as you need it to. Most of the devices on this list will meet these requirements, so now it’s up to you to make an informed choice based on all the factors we’ve discussed. 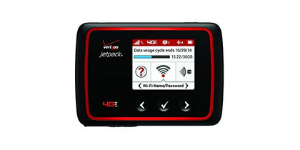 The AC79IL boasts an amazing 20 hours of battery life and lets you connect 15 devices. You can also use Verizon’s own battery to charge your smartphone if need be, a feature that many mobile hotspots are including these days. The Jetpack is classified as a “world device”, meaning that it can be used with a multitude of networks, in over 200 countries. Verizon offers two primary data plans; the 4GB plan costs $40, and if you want more data you can opt for the 12GB plan which is $70. 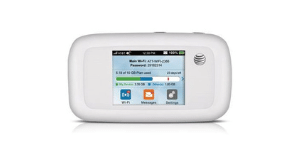 This mobile hotspot offers 2.4GHz and 5GHz capability at the same time, and its battery life is nothing short of incredible. AT&T’s primary data plan for the Velocity costs you $50 per month for 5GB, but you can add more data if you wish, at the price of $10 per 1GB. This is probably as cheap as you can get with a WiFi hotspot device, no contract included. The Velocity supports up to ten connections at a time and boasts a maximum speed of 20 Mbps. 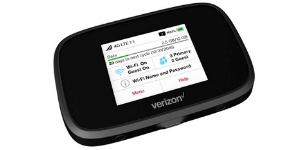 The MiFi counts as Verizon’s first touch-screen hotspot, which is a big deal for user-friendliness. Like the AC79IL, it doubles as a smartphone charger and supports broadcasts at both 2.4 GHz and 5 GHz. The price is $200, but if you opt-out for a two-year contract, you get a 75% discount, so you pay only $50. As for the monthly plan, there’s a wide range to choose from, varying between 4GB and 100GB per month. 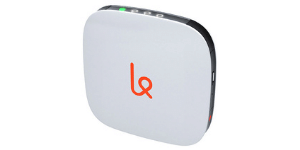 A satisfied user of the Karma reported that the maximum download speed with this unit was 33 Mbps (26.4 Mbps for the upload). This is a solid speed for a mobile hotspot, even for streaming movies in HD quality. The downside to this unit is that the data plans can get rather pricey, starting at $14 for only 1GB of data. Still, you get what you paid for and you can get one of the Amazon deals to get a great value deal on this portable WiFi hotspot. 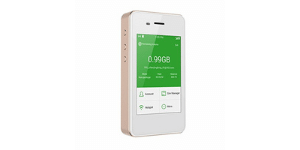 The GlocalMe is unique in that it can actually support 2 SIM cards at the same time. It offers a 4G-class speed of 50Mbps upload and 150Mbps download. However, it only has the capability for five simultaneous connections, less than what we’ve seen with the Verizon and AT&T devices. You also get a free 1GB as a gift when you purchase this device. 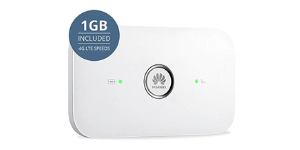 This hotspot provides you with online coverage in over 64 countries, and like the GlocalMe, it also gifts you 1GB of rollover data after purchasing it at $130. The device is compact enough to fit into a small bag or even your pocket, ideal for those that are always on the move. Keepgo delivers 4G network speed and offers ten simultaneous connections to the device for your laptop, smartphone, or tablet. 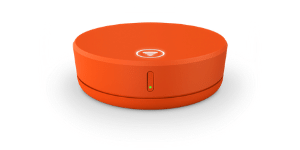 The Skyroam model is a rather special device in that it doesn’t actually use a SIM card for establishing a connection. Instead, it connects to a remote SIM card located in Skyroam’s offices through the built-in GPS and gets an account assigned to it. The advantage of this is that you can use a different account every day, which allows you to bypass overpriced roaming charges and connect at affordable local rates. As far as WiFi hotspot devices go, this is probably the best alternative to an unlimited data plan (which is rather hard to find and very expensive). 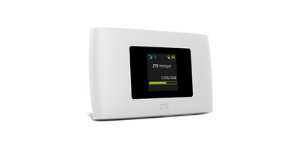 In addition to being a mobile hotspot, this device doubles as a USB modem for your desktop computer. The battery life is projected at 7 hours of constant use, which is solid but less than what other devices on this list promise to deliver. The hotspot is configured from a web interface, so it’s a good idea to hook it up to your device first and make sure everything is set up correctly. 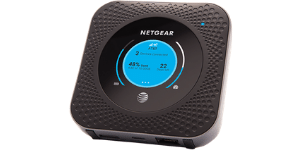 The Nighthawk LTE features a 5,000 mAh battery, a 320×240 color screen for configuration, and a modern USB-C port for laptop tethering and charging purposes. An Ethernet port is included, but you can’t use it to share the connection to a laptop; it’s only there to allow you to make a WiFi hotspot from an existing wired connection (which is still pretty useful if you have access to one). Although the price isn’t too high when you consider the product features, you can always reduce it by using one of many eBay promo codes and price reduction alternatives. 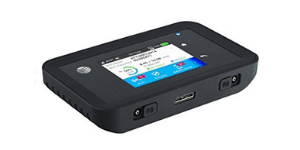 Like the ZTE Warp Connect, this device is a hotspot and USB modem in one. It’s also covered in rubber plating which makes it splash resistant and resilient to physical damage. The unit includes a small touchscreen that lets you quickly check relevant information about the hotspot, such as the SSID, password, and total used data. The device is charged via a USB 3.0 port, and the same port is used to connect it to a computer in modem mode. 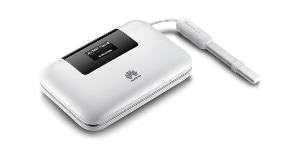 The Huawei E5770 offers 4G speed and doubles as a power bank for charging your smartphone. The battery holds a charge of 5200 mAh and is rated for 20 hours of continuous use. Download speed goes as high as 150 Mbps, and 112 Mbps is the maximum upload speed. Additionally, it includes an Ethernet port for creating a WiFi hotspot from a wired connection. Although the price may initially shock you, you’ll see that this model is well worth the price. Still, the price is quite high but can be reduced with one of the Amazon discount codes and deals. 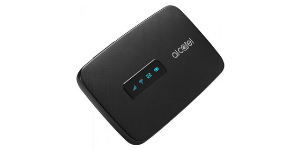 This is an affordable and compact hotspot that fits in your pocket, highly useful if you’re very active on your trips and still require a steady Internet connection. The Linkzone has a special SD card slot so that it can be used as a shared drive. While that is indeed a useful feature, tests have shown that its performance was rather slow. The device offers 15 simultaneous connections and includes a web interface for the monitoring of battery life/remaining data. 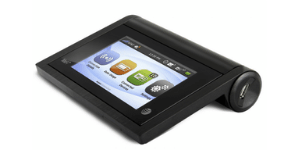 At $49.99, the MiFi Liberate is one of the cheapest mobile WiFi hotspots, but if you opt for it just be aware that Novatel doesn’t exactly offer the best mobile hotspot plans in terms of price. The starting plan of 1GB is $40, but there’s an additional $20 fee just to use the device. On the bright side, the Liberate is completely global-ready and can pick up connections in over 200 countries worldwide. 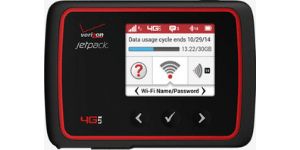 The Jetpack MiFi features a VPN passthrough system, manual DNS, firewalling, and even parental control that allows you to block and whitelist websites and apps at will – useful if your children need to use the Internet as well. The battery has been reported to last 15 hours of consistent use, so it should be able to cover you for an entire day of periodic Internet access. If you don’t think that’s good value for your money, reduce the price with one of the Walmart promo codes and discounts. 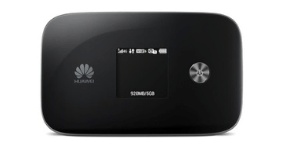 The E5786s is the flagship model of Huawei’s hotspots that supports a download speed of up to 225 Mbps thanks to its 4G+ network access. Upload speed is significantly lower at 50 Mbps, but still rather impressive. In addition to a SIM slot, the device includes a microSD card slot, and the battery is integrated into the unit, so you won’t have to remove it when switching SIM cards. 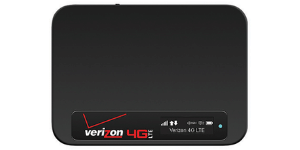 The last item on our list, Verizon’s MHS800L, boasts a network speed of 100 Mbps down, 50 Mbps up, and supports up to eight simultaneously connected devices. The battery life is rated at 10 hours, which is still solid but not as much as some of the high-end Verizon units can offer.